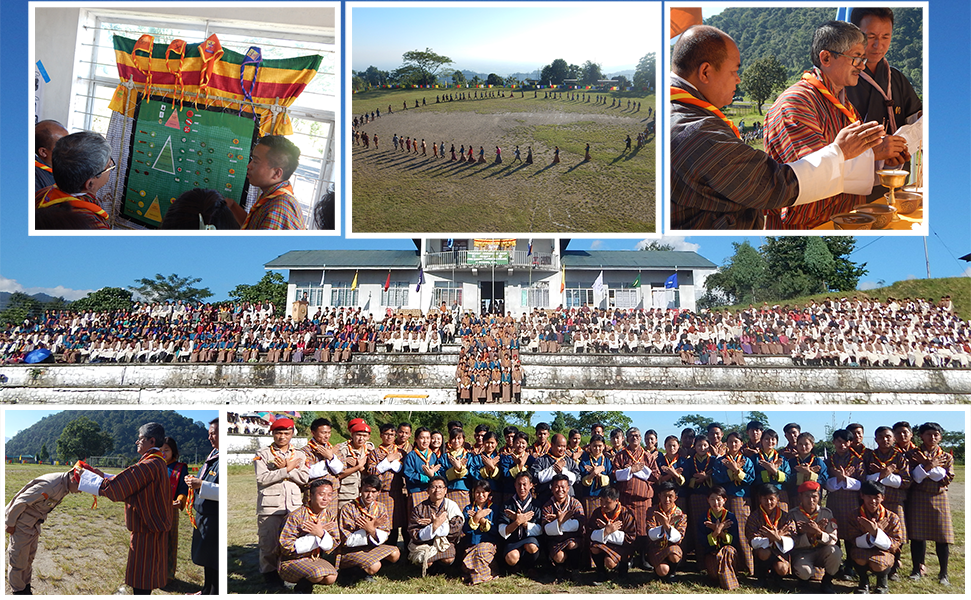 Unlike the past, this year’s ceremony was celebrated in a grand way involving the entire Jigme Namgyel Engineering College students and staff. In addition, Scout masters from nearby schools also graced the occasion.

The program began with offering of butter lamp, followed by recitation of Zhabten for His Majesty the king and His Majesty the fourth Druk Gyelpo’s well being. After awarding of scarf and badges the Rover Scouts took an oath to solemnly pledge active and responsible members of the Rover Scout and abide by the principles and values that define Scouts.Further the Scouts also performed passing out parade and cultural programs to entertain the students and the staff.

At the end, the ceremony concluded with a words of wisdom from the guest of honor, Prof. P.R Sharma, Dean Academic Affairs, and with dancing of Tashi Labey, a traditional song praying for continued peace and happiness.

Rovers Scout was instituted in Jigme Namgyel Engineering College in 2008.