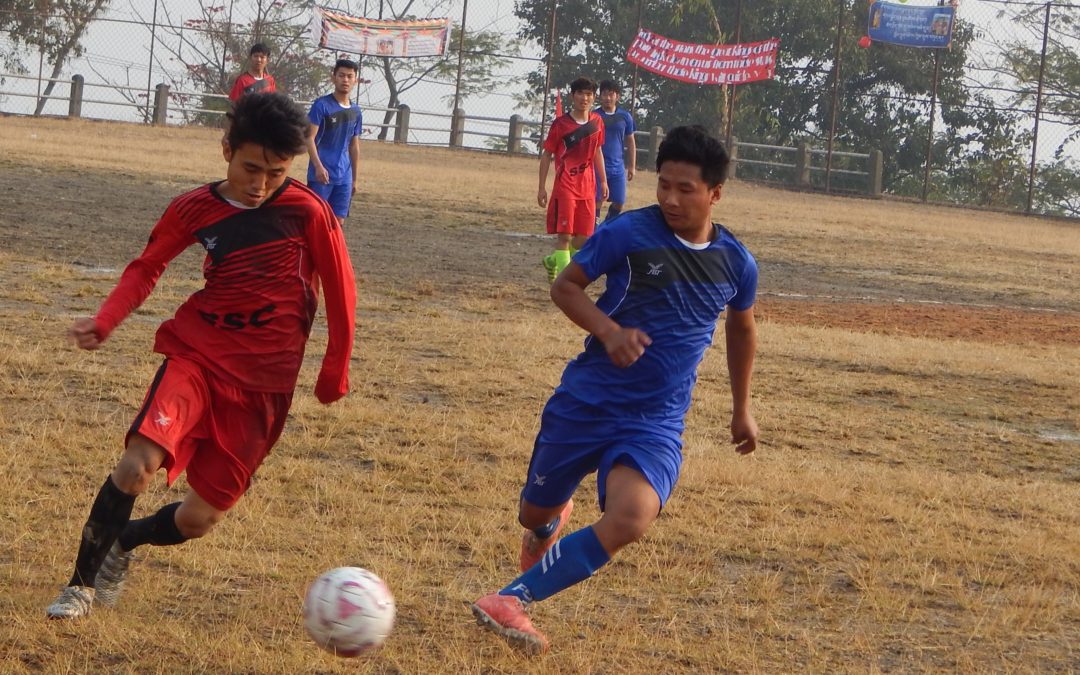 To commemorate the 37th Birth Anniversary of His Majesty the King, the 3rd JNEC Open Football Tournament was inaugurated. The inaugural match was played between JNEC college team and S Jong United (Samdrup Jongkhar). This year there are 18 teams who would be fighting for the championship.
In the inaugural match, JNEC fought back from 0-1 down to seal the victory. The S Jong United striker, Kezang Yoezer, scored the opening goal of the tournament in 38th minutes. JNEC didn’t back down and kept fighting to find equalizer and their hardwork paid off when the S Jong United defender brought down the JNEC striker inside the box, which left the referee awarded penalty to JNEC.
In the second half Tenzin Wangchuk and Jigme Choeda of JNEC scored a goal each to seal a comfortable victory with 3-1 on the scoreboard.